Removing a Boat Dock For The Winter In a Northern Climate

For most inland lake docks in states like Michigan, Indiana, or Wisconsin or any other northern state you will need to remove the dock in the winter.  Piling driven commercial docks are built to withstand ice 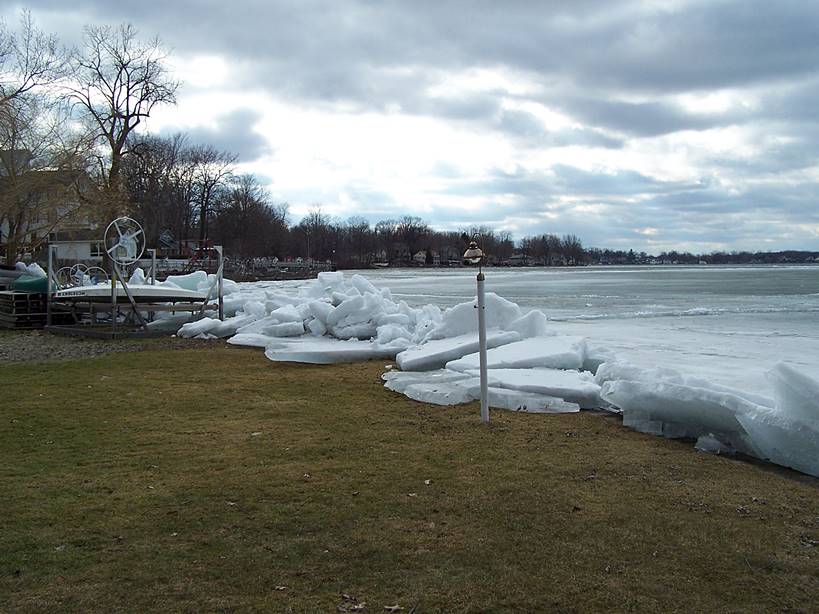 flows so they are the exception to the rule.  Most residential docks need to be removed.

There are multiple things that can happen if a dock is left in the water for the winter, but the bottom line, in most cases, is parts will get destroyed!

Ice freezing around a dock does not usually cause the majority of dock damage.  In the spring when the ice starts to flow and move across the lake is when your dock or anything else near the shore is in real danger.  Ice flows can not only destroy a dock, they can move boulders, boat lifts, and basically anything else in its path.  It is very common in northern Michigan or similar climates to have ice pile up several feet high on the shore and that generally causes damage to anything that was too close to the edge of the lake.

A select few situations may allow someone to leave a dock in the water in a northern climate.  Generally these will be on ponds and backwaters were ice flows are not an issue.  As a rule of thumb you should use galvanized steel tubing if you are in one of these situations.  It is much less prone to rupturing if the ice freezes around the pole.  If you have doubts as to whether you can leave a dock in or not it is usually wise to ask neighbors that may have a similar situation.  If you have neighbors close by that never leave their dock in the water, there is usually a reason.  Many larger lakes, public and private, also have ordinances or DNR rules that prohibit leaving anything in the water due to the danger posed to snowmobile traffic in the winter.